A MASTER SPINNER OF YARNS

Gilliam Ness has travelled the world in his quest for knowledge, culture, and exotic locations. He combines his love for all things mysterious, with his obsession for classic sci-fi adventure, and brings to the table some of the most fascinating storylines ever created. His debut Supernatural Grail Quest Zombie Apocalypse THE LAST ARTIFACT TRILOGY is a page-turning roller-coaster ride expedition through ancient myths, conspiracy theories, enlightening philosophies, and bowel-loosening End of Days prophecies.

The LAST ARTIFACT TRILOGY is an entertaining amalgam of cleverly complex plot lines, thrilling action, exotic locations, and satire so subtle you forget it’s even there. The story takes place in the near future during a major turning point for mankind. Will a mysterious prehistoric artifact really help the world rise to its next tier of social evolution? Could the technology it contains help mitigate a horrific extinction level event? Will its sublime body of knowledge truly bring people one step closer to becoming godlike? This is no ordinary zombie novel. Pick up THE DARK RIFT, the first book in the unforgettable LAST ARTIFACT TRILOGY, and experience something you’ve never conceived of before. Get ready to get gripped! 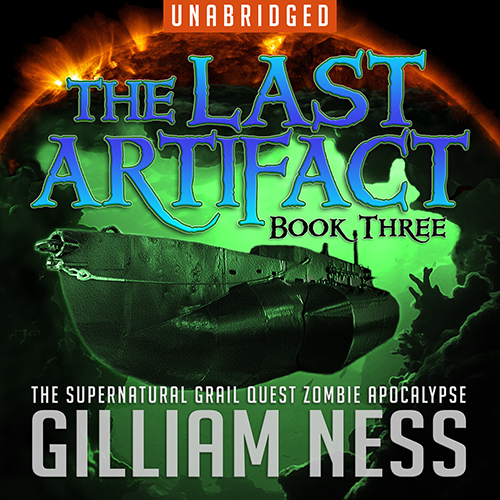